* Letter from the Director

* Jim Ellis, PhD, Joins the Staff at the Counseling Center

* Blogging at The Counseling Center

* Holding On, Letting Go and Getting Perspective: The Art of Parenting

Letter from the Director

This is the time of year that everyone gets back to work and school and the social whirl and everything gets cranked up to the pace many of us left behind last spring. It often feels to me that I will never be able to keep up with the activity, but somehow I do; and I am sure you do too! 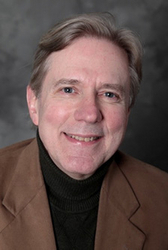 This year at The Counseling Center we are deepening some of our regular programs, and we are doing some new initiatives also. Many of our regular clients come back after a summer break, and we have a new crop of people who are determined to make this year better than ever. We have hired a new staff person, Dr. Jim Ellis. Jim is highly educated and trained in the science and art of psychotherapy. He has a general private practice in the city, and he has a specialty in couples counseling and group work. You can read more about him in a following article. We are very excited to have him join our practice!

Then, you can read more about our new effort to join the world of blogging on our website, www.counselingcenter.org. You can go there now and find some short articles by me, and eventually by other members of the staff. This is an attempt to get more content about our work out there and build an audience of people who might not otherwise know us. Connected to this is a “LinkedIn”group of therapists in southern Westchester so that we can begin to network more closely with other clinicians in the area.

Finally, the board will continue its work this year in raising money for our Fee Subsidy Fund. We have raised almost $150,000 toward this end, but we have a long way to go to reach $500,000. At that level we will be virtually able to act as our own insurance company for fees of people who are struggling financially; we hate to turn these deserving people away.

So read the following articles and stay tuned for another busy year at The Counseling Center!

Jim Ellis, PhD, Joins the Staff at the Counseling Center

We are very fortunate to have Jim Ellis, Ph.D join the staff of The Counseling Center this fall. 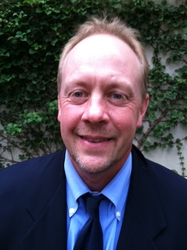 Jim has had a private practice in New York City for many years. He is a graduate of the Blanton-Peale Graduate Institute and Union Theological Seminary, where he received his Ph.D in Psychiatry and Religion. He has had a lot of special training in couples therapy, and has had success and experience helping couples get closer and work out their communication problems. Dr. Ellis is a supervisor in The American Association of Marriage and Family Therapists (AAMFT) and licensed in New York State as a marriage and family therapist. He is also a Certified Group Psychotherapist and a member of the American Group Psychotherapy Association.

Jim and his wife Kate have two children, Lucy and Cullen and live on the upper west end of New York City. Kate is an associate minister at The Fifth Avenue Presbyterian Church specializing in pastoral care and outreach.

Our new staff members, Jim Ellis and John Carr will each be in our Scarsdale office one day a week. Our office is in a very nice and cozy office in the Scarsdale Congregational Church at #1 Heathcote Road. We are excited about our renewed connection to the Scarsdale Community.

Blogging at The Counseling Center

A new feature has been added to our website. Dr. Richard Shoup, the director, has begun sharing some of his thoughts in the field of counseling and psychotherapy on a blog or web log. Just go to the front page of www.counselingcenter.com, and click the word “Blog” on the header bar.

So far, Dr. Shoup has written four short entries. He plans to write one per week for a while. And then other members of the staff will add other posts from time to time. We felt this is a good way to get some content about our work onto the site, and publish some information that people should find interesting and useful. It is also a way to keep our site fresh with key words that are picked up by search engines when people are looking for help.

Presented two workshops on Tuesday October 18 at the Reformed Church

The topics were “Meaningful Closeness in Your Marriage” and “Don’t Lose Your Partner Amid the Chaos of Parenting.” 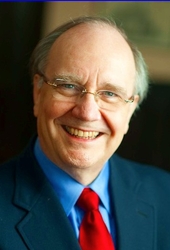 Dr. Walkup talked about making a good marriage even better by:

1. Embracing the challenge of spending time with just the two of you.
2. Dealing with conflict and anger more effectively.
3. Listening not only to what your partner is saying but how to affirm the new self that is emerging
4. Decreasing the possibility of an extramarital affair.
5. Understanding what will help your spouse feel loved.

Holding On, Letting Go and Getting Perspective: The Art of Parenting

Was a workshop held Tuesday, October 25, 2011 at the Reformed Church

Workshop Description: There is no job in the world where you feel more personally invested than that of being a parent. Whether you’re worried about when your infant will walk, or concerned with the choices your teenage daughter is making in whom she dates. Are the personal choices and actions of your kids a reflection of you? And if not, how do you not sweat the small stuff and let go of the big stuff while also maintaining a loving, consistent presence in their lives?

Two of our therapists , Dr. Jennifer Naparstek Klein, PsyD and John C. Carr, LCSW, who both specialize in working with parents of children and teens, were the presenters.

* watched a video to help illustrate the points of the talk

* shown how to get support from other parents and realize they are not alone.

Dr. Jennifer Naparste
k Klein, PsyD-a child and family psychologist with The Counseling Center in Bronxville since August 2001. Jennifer has worked with children, adolescents, young adults and families in psychotherapy for over 15 years. She helps families struggling with a range of issues including marital discord, learning disabilities, depression and anxiety disorders, and issues related to adoption.

John C. Carr, LCSW – a clinical social worker and psychotherapist in private practice in NYC and on staff at The Counseling Center in Bronxville since December, 2010. John has counseled men on fathering for over twenty years and recently came out with his first book, entitled Becoming a Dad: The First Three Years, published by Sterling. It is a guide to the emotional and practical challenges associated with those formative years.

Rosanne Welshimer has always had an interest in service, and she began volunteer work as a tutor during college. As a young and single mother, employed in a demanding job on Wall Street, she chose service projects that fit into her limited free time and enabled her to maximize time with her children. Teaching Church School on Sundays at the Reformed Church and baking at home for the Soup Kitchen one night each month (600 cookies!) were two such projects, and she has continued both of those activities for more than twenty-five years.

Born and raised in Western Massachusetts, Rosanne was graduated from Mount Holyoke College with a degree in Economics. She then moved to New York City to join The Bank of New York, where she worked for 38 years. Most of her career was spent as Senior Vice President and Division Head for the Bank’s Securities Industry Banking Division. She also held senior positions in the Credit, Risk Management, Compliance and Corporate Governance divisions of the bank. She “graduated” from banking in 2007, since which time she has increased her service activities.

Rosanne and her husband, Mark, a Partner at the law firm, Sullivan & Cromwell, were married at the Reformed Church in 1996. They have four children, Sarah Witmer Albert, Grayson Witmer, Courtney Welshimer and Whitney Welshimer; one granddaughter, Margaret Elizabeth Albert; and a devoted dog, Toby. Everyone enjoys family vacations on Nantucket. Rosanne also likes to spend time cooking, gardening and writing.

My interest in counseling began in prep school at Deerfield. As a senior Proctor (resident advisor) I had the opportunity to act as mentor to a dorm full of freshmen. I continued pursing this interest at Princeton, where I was trained as a Peer Counselor. I was later asked to help run the program and train the new class of Peer Counselors. In business school at Kellogg, I worked a crisis hotline. Through all of these experiences, I came to understand the deep human need to be listened to, the power of active listening, and how few good listeners there actually were in the world.

While I have been an investment banker (now at Barclays Capital, formerly Lehman Brothers) for about 20 years, I actually majored in religion at Princeton. Taking a course in comparative religions in the spring of my sophomore year caused me to change my major from economics. While I studied many aspects of religion, the philosophy of religion held (and holds) particular interest for me.

My roots in the Bronxville community are deep, having attended Chapel School for pre-K and Bronxville School for K through 8th grade. My mother graduated from Bronxville and my 2 kids attend it now. As a child, I attended Sunday school at the Reformed Church, where my late father was a deacon. Both my parents are interred in the church’s garden.

In addition to hearing about The Counseling Center locally, Laurie Schetlick has spoken to me of your efforts and thought I might be a good fit for your Board. Laurie and I served together on the Bronxville Field Club Board, where I was a member of the Executive Committee and ran the Long Range Planning Committee and the House Committee.