Seniors and Their Adult Children Should Talk and Plan 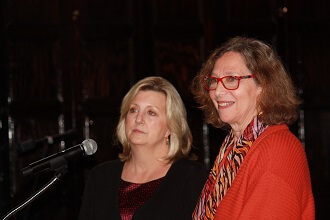 Seniors and Their Adult Children Should Talk and Plan

On Tuesday, November 6, The Counseling Center sponsored an insightful, highly relevant lecture and discussion for Bronxville Senior Citizens titled “Seniors: Invisible Conversations™ with Their Adult Children,” held at The Reformed Church of Bronxville. The talk was led by Rev. Shannon White, author of The Invisible Conversations With Your Aging Parents, and Lynn Evansohn, a licensed clinical social worker at The Counseling Center.

Rev. Shannon White’s many encounters with parishioners have impressed upon her how difficult it can be for seniors to discuss with their adult children issues related to aging. These can be sensitive, even painful, conversations about seniors’ changing (often rapidly changing) health needs, questions to do with financing their care, where they will live, and their wishes for handling the end of life, including their funeral arrangements. What remains unsaid, for whatever reason, can lead to financial losses and emotional complications that could have been avoided. Often, too, families want to build strong connections with each other but find that desire thwarted by their inability to venture into sensitive terrain.

According to White, fully 75% of seniors expect their children to carry out their end-of-life wishes, but they have never actually articulated what those wishes are. And when essential documents don’t get written, or can’t be found, children can end up squabbling over their inheritance and estates can remain unsettled for years.

White suggests that families write things down—not just wills and living wills but also the parents’ medical history, medications with dosages, how care will be paid for (especially if the kids are expected to help out), and what kind of care is needed now. White suggests that parents might need help keeping an eye on their alcohol consumption since alcohol is less well tolerated as we age and can interact with many medications.

She encourages families to confront “unfinished business” while there’s still time and she shared her own experience with her father, with whom she was able to have a brief but deeply meaningful conversation shortly before he died. Having already worked through many of her conflicted feelings for him, she was able to express her love and forgiveness, a gift that gave him greater peace at the end and allowed her greater acceptance—something her siblings, who hadn’t done the work of “unfinished business,” weren’t necessarily able to share.

White recommends the Five Wishes Living Will, readily available online, which requires the answers to five questions related to your end-of-life arrangements and, once completed, is considered a legally viable document.

Lynn Evansohn began her part of the discussion with a story illustrating the idea that a conversation is often as much about listening as it is about speaking. As a young social worker, she was asked to convince a couple in their 80s who could no longer adequately care for their large menagerie of cats and dogs to arrange to give up their animals. Only when the couple showed no willingness to do so did she begin to pick up on why—they’d been circus performers in their youth and animals were a cherished part of their life together. By listening more closely, Evansohn realized that she needed to shift her focus away from her own agenda to what the couple actually needed, in this case, animal caregivers to come to the home.

Sometimes, Evansohn said, a third party such as a pastor, friend, or professional therapist can facilitate a conversation that the parents and children are unable to have on their own. She recalled a man she was counseling who stubbornly insisted on acting as sole caregiver for his ill wife, whom he loved dearly. He refused to see how his wife’s overwhelming needs were taking a serious toll on his own health until his children demanded a meeting with their father and Evansohn. With Evansohn as a neutral professional presence, the man was finally able to hear his children’s pleas that they loved him and didn’t want to lose him through worry and overwork, just when they were already losing their mother.

Sometimes we think we’ve had certain conversations with our family members, but we actually haven’t, Evansohn said. This became clear to her when her mother, 96, suffered a life-threatening incident. She recovered, but when Evansohn contacted her brother in the midst of the crisis, trying to prepare him for their mother’s possible death, she was shocked to hear him say, “I’m not ready.” This, despite their many conversations about their mother’s situation over the years. Subsequent conversations revealed how much her brother, who lived several states away, missed his mother and regretted the infrequency of their visits. Six months later, Evansohn’s family moved their mom to live near her brother.

White said it’s important to acknowledge the tremendous grief associated with aging—over the loss of friends, loss of abilities. When children refuse to have the conversation parents try to initiate, Evansohn suggested that it can be helpful to ask if they might be ready to hear “one thing.” That one thing is sometimes enough to open up an ongoing conversation that unfolds over time. People experience grief and loss very differently, Evansohn said, and some people get stuck in their grief. In such cases, a professional can often help them get unstuck.

The Counseling Center offers a warm, safe, and confidential place to get help. It has offices in The Reformed Church of Bronxville, as well as in Scarsdale, Riverdale, and New York City. For more information, visit www.counselingcenter.org or call its clinical director, Dr. Jane Benjamin, at 914-793-3388.

The Bronxville Senior Citizens meets at The Reformed Church of Bronxville on Tuesdays and Thursdays for a wide variety of activities. Anyone age 55 years and up is welcome. For more information, visit www.bronxvilleseniors.org. 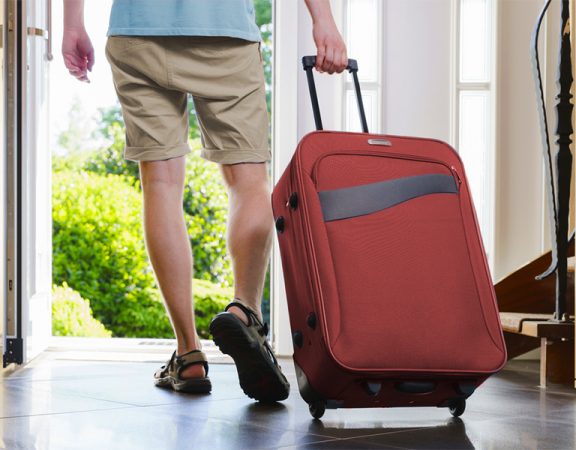 Tips for Handling the “Empty Nest” 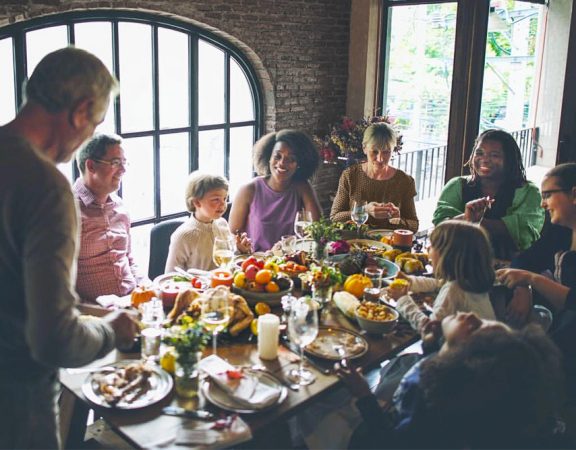 Politics and the Holiday Table 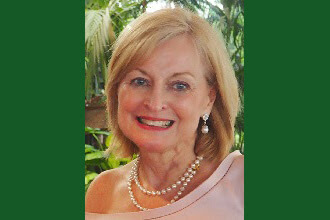