Please join The Counseling Center as we celebrate “40 Years of Peace, Love & Counseling” 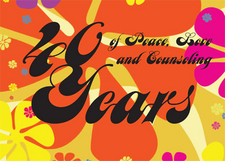 Pull out your Bell Bottoms and Leisure Suits and blast back to the 70s, celebrate with good friends and dance the night away to music by The Paul Connors Band. 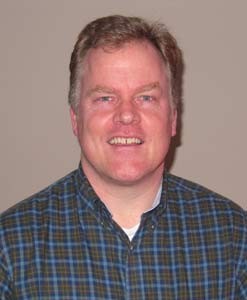 Carr has worked in the field of psychotherapy since 1989. His area of specialty is parenting and fatherhood with a special emphasis on working with new dads. “I think the most common issue facing new fathers is making the adjustment to fatherhood. And, I’ve found the biggest challenges for seasoned fathers centers around issues involving discipline styles, managing obligations at work and home and self care,” says Carr.

He’s written a book that addresses a number of these issues called, “Great Expectations: Becoming a Dad: The First Three Years”. Carr says he penned the book because far too many men have healthy resources for guidance and support when it comes to parenting. “Many dads want to become more involved in home life and child rearing, but for a variety of reasons they cannot. We try to explore those and find ways to help dads get more engaged,” adds Carr.

Carr feels he can offer a lot to families living in Westchester. He says parenting is hard work and with our extraordinarily busy lives, it isn’t easy trying to balance it all. In addition to counseling parents, Carr works with young people in their 20’s and 30’s. “I help them navigate the challenges associated with living independently, figure out relationship issues and discover who they are and what they want,” states Carr.

The father of three believes more men are open to therapy and need it. He says that’s due in part to their growing responsibilities and the stress that those bring. “Their role has expanded from breadwinner and disciplinarian to nurturer, supporter and soccer dad. When you add many more plates in the air that equals stress,” insists Carr.

If you’d like to schedule an appointment with John Carr in either Bronxville or at his New York City office, call 646-263-6032.

To celebrate our 40th anniversary in 2011, The Counseling Center is launching a campaign on January 1, 2011 to raise $500,000 for a Fee Subsidy Fund. This fund will insure that we have sufficient resources each year so that we do not have to turn anyone away due to an inability to pay.

Approximately 40% of people who come to us need some fee assistance; since the ecomonic downturn the amount needed has increased by over 30% . During the past ten years of operation we have doubled the amount we spend on fee subsidies. In each of the last two years we have spent over $50,000 for that purpose. Even with all of our counselors’ best efforts and community support, we estimate that about 25% of the people who initially come to us choose not to enter therapy due to the cost. These are often the people who are most in need and the Fee Subsidy Fund will allow us to serve them.

This will not be an endowment fund for general operations, but rather a fund specifically allocated to fee subsidy with 100% of contributions going directly to serve those in need. We will not be restricted to a set percentage of fund income for these purposes as is often the case with traditional endowment funds. We will use 100% of fund earned interest, and will be able to contribute up to $25,000 per year to close any gap between the funds we raise yearly through grants and what is required to meet the needs of those coming to our center. Over the ensuing years we will seek to grow the fund to further expand our reach.

Please join us in this exciting endeavor to ensure the future of providing quality mental health services to all those in need within our community. We can accept a variety of financial gifts, including trusts and estates, annuities, appreciated stock and property of value in addition to cash. Gifts can also be spread out over a two year period.

You can donate or pledge directly through the website or if you would like more information, call The Counseling Center at 914-793-3388.

The Chamber Music Series to support The Counseling Center in Bronxville kicked off its season on Sunday, January 30, 2011. The program featured premiere musicians who perform all over the world and bring their extraordinary talents to Bronxville. “It’s world class music played right here in our own backyard,” states Richard Shoup, Executive Director of The Counseling Center. 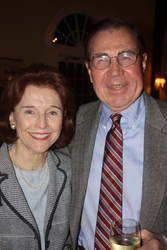 To bring attention to the concert series, Bronxville residents, Paige and Art Nagle and David and Cheryne McBride hosted a gathering at the Field Club in Mount Vernon. The crowd enjoyed the melodious sounds of two of the series’ most popular musicians – cellist, Edward Arron and pianist, Jeewon Park. “The quality of the performances rivals those you hear in New York City,” insists Paige Nagle. And, David McBride agrees. “We really want people to come out for a memorable afternoon and in turn support this important community resource,” adds McBride, the former Chairman of The Counseling Center’s Board of Directors.

Additional concerts are scheduled for a 2:30pm start on the following Sunday afternoons: March 6th and April 10th at Christ Church located at 17 Sagamore Road in Bronxville. For ticket information call 914-793-3388. The Counseling Center is celebrating its 40th year of service to the community. 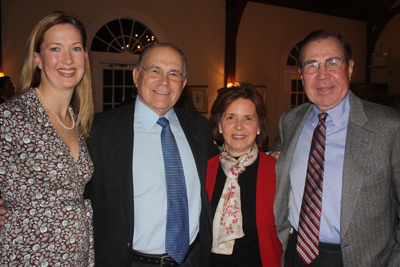 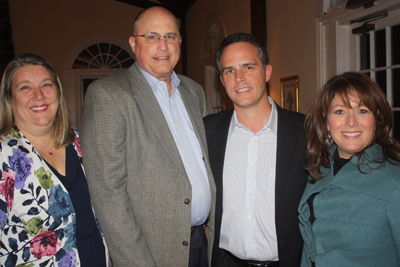 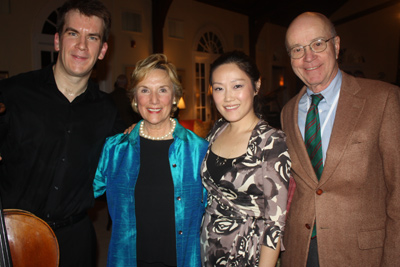 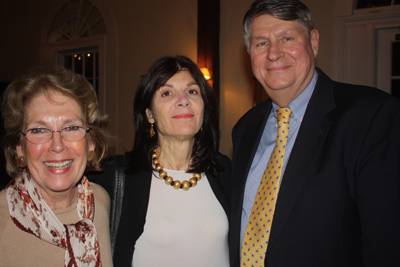